As a highest mountain in the island of Bali, as high as 3031m above the sea level, and sunday morning, it was erupted, sending ashes, and sometimes stone, it is not severe, but still, it has a huge effect on surrounding, like people have to be evacuated because the ashes is quite thick. According to our driver, his house were 7km from Mt Agung, the ashes is like 1cm thick.

And of course, flight cancelation, many people could not back to their country/places, i was on of them, my flight should be on Tuesday 23.40, but because the mountain status is not that flight friendly, so we took decision to came back at monday to Jakarta, this time using SUB as our departure, and we have to take a road for like 13 hours. 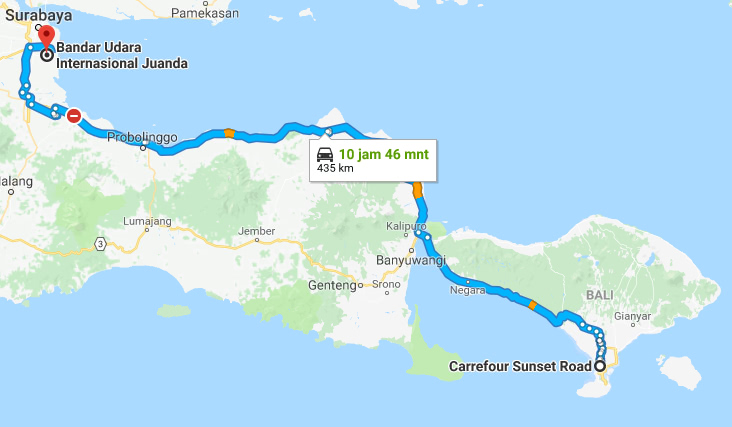 It was quite a ride, as you can see on the map, it took us around 13 hours to get to Juanda Airport, and the Surabaya toll is not friendly IMHO, Porong still flooded.

But is was a gem, it was a thrilling experieces, we get to know further north of Bali, we passed Yeh Leh beach, which was awesome, beach and rice paddy get a long together, and further west we can see mountains, it was gorgeous. 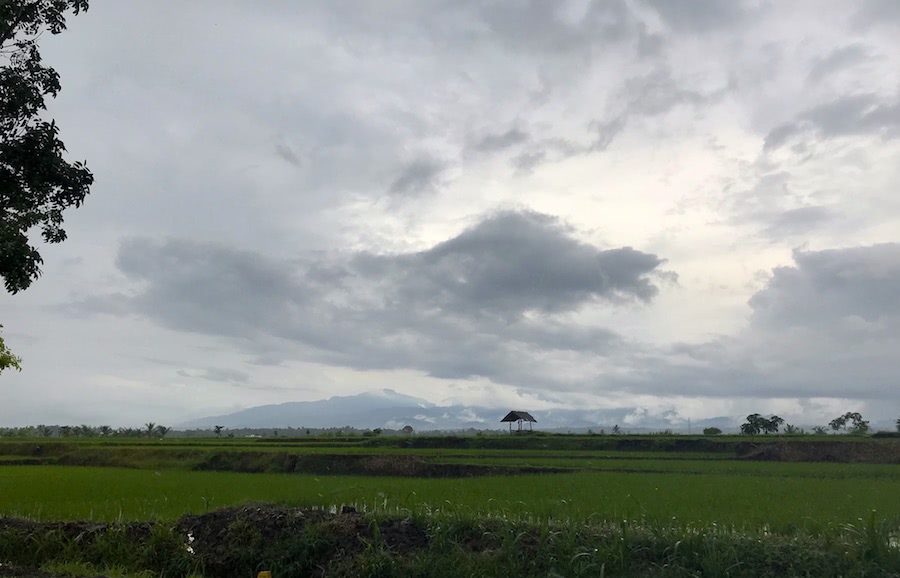 And we get some rest before the Gilimanuk ferry port, we have our lunch-ish at Ayam Betutu Men Tempeh(map), it was the best chicken i ever had, it was soft, warm, very nice flavor.
One thing i noticed at Gilimanuk area, there’s a mosque, Masjid besar Al-Mubarok, and not from there, there’s a little Pura, i loved to see them side by side, there’s no hatred, just minding their own business (or god), it should be like that. no one forcing each other, or hating each other because of their belief.

At Gilimanuk port, we were registered at the counter at the entrance, if i’m not mistaken, it was 140K IDR for a private car, and inside, we were queueing to get to the ferry. on this stage, i think need skilled driver to park the car in the ferry, backward. luckily our car is the last one who enter the ferry (so we could be first when unload).

like i said, it was a gem, mount Agung may erupted, but we have new experience, new adventure, never been using a ferry to cross from Bali, and the view are awesome!

couple of picture i took a long the way. 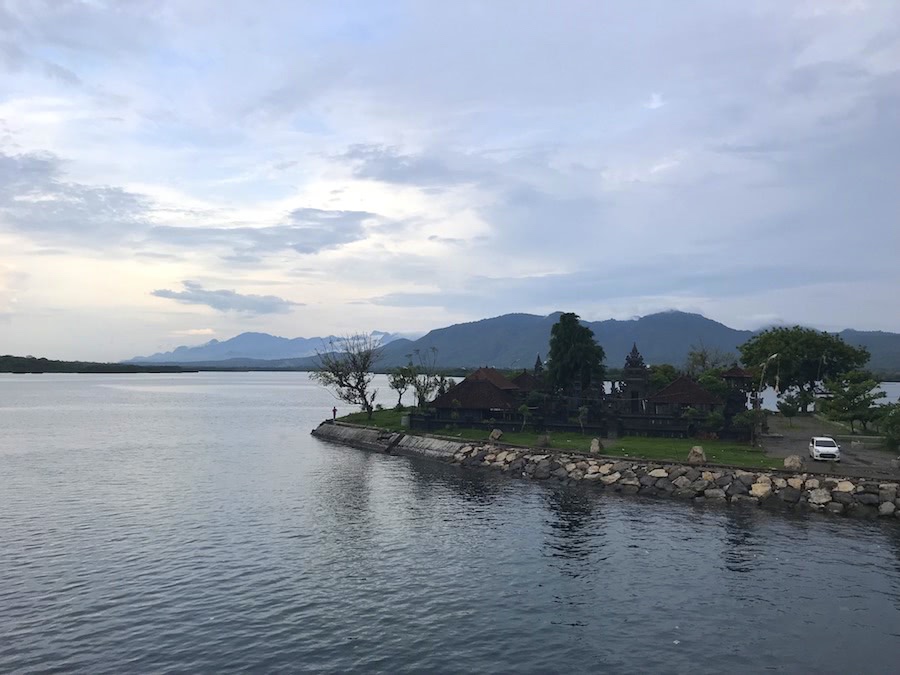 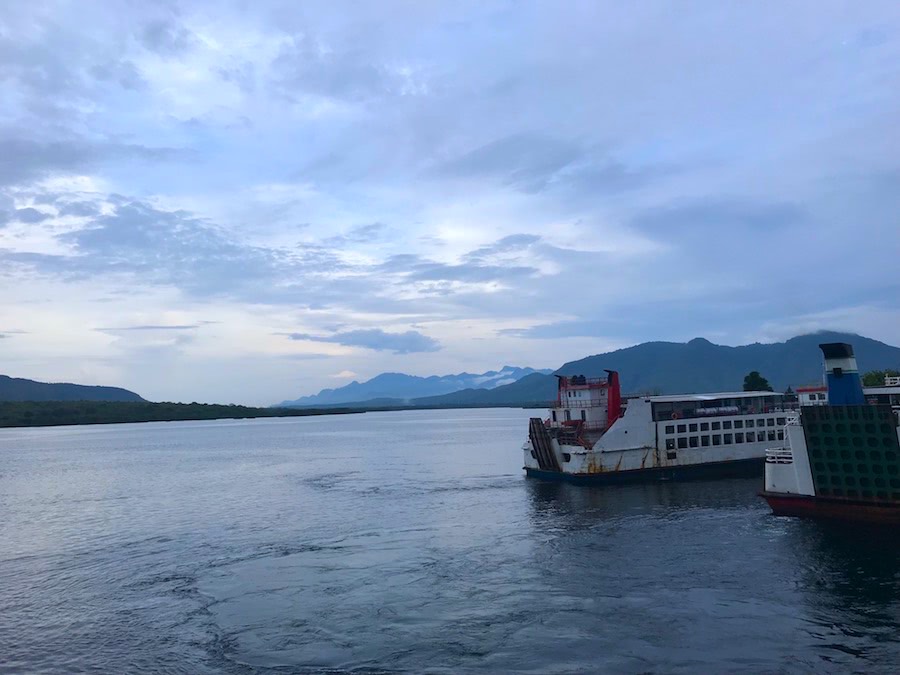 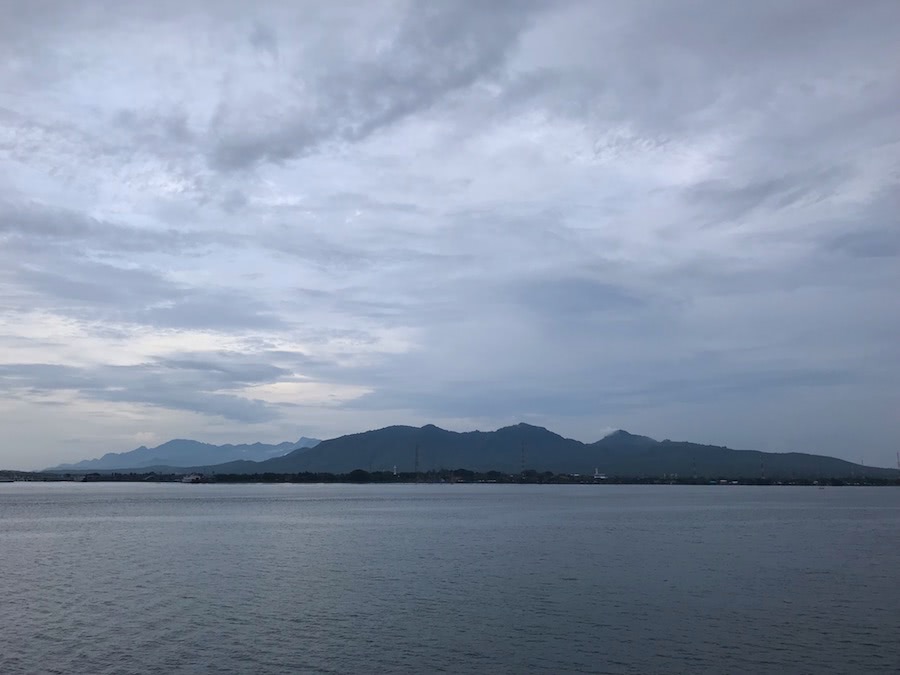